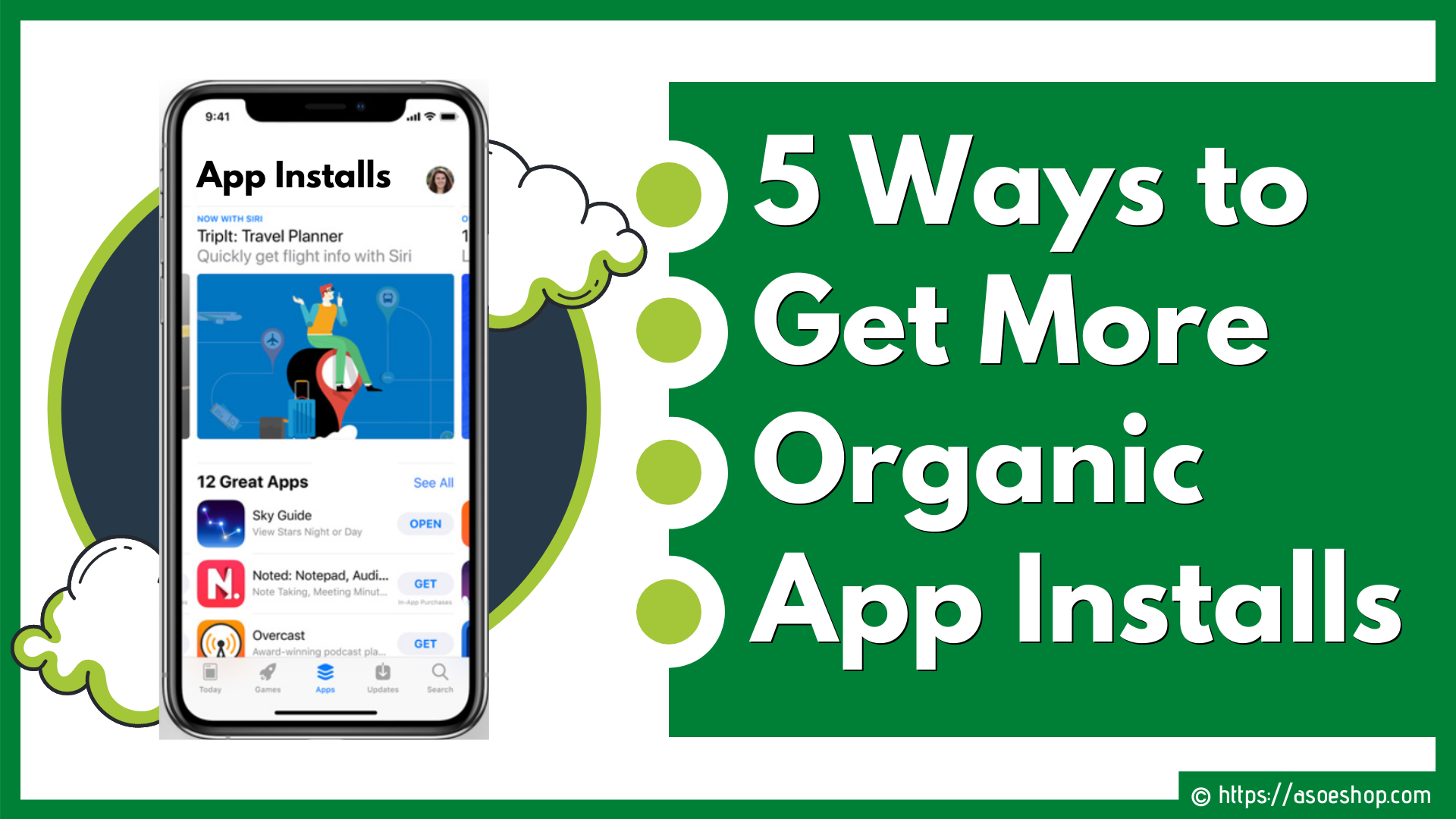 Promote your Mobile App in minutes with CPIDroid™

ASO will help you in the long term. ASO helps to improve app visibility which helps when a user is searching or browsing some app on app stores such as Google Play Store is for Android Apps, App Store is for iOS Apps and last but not least Windows Store is for your Windows Phone Apps. ASO increases your app traffic organically and also improves your app downloads. 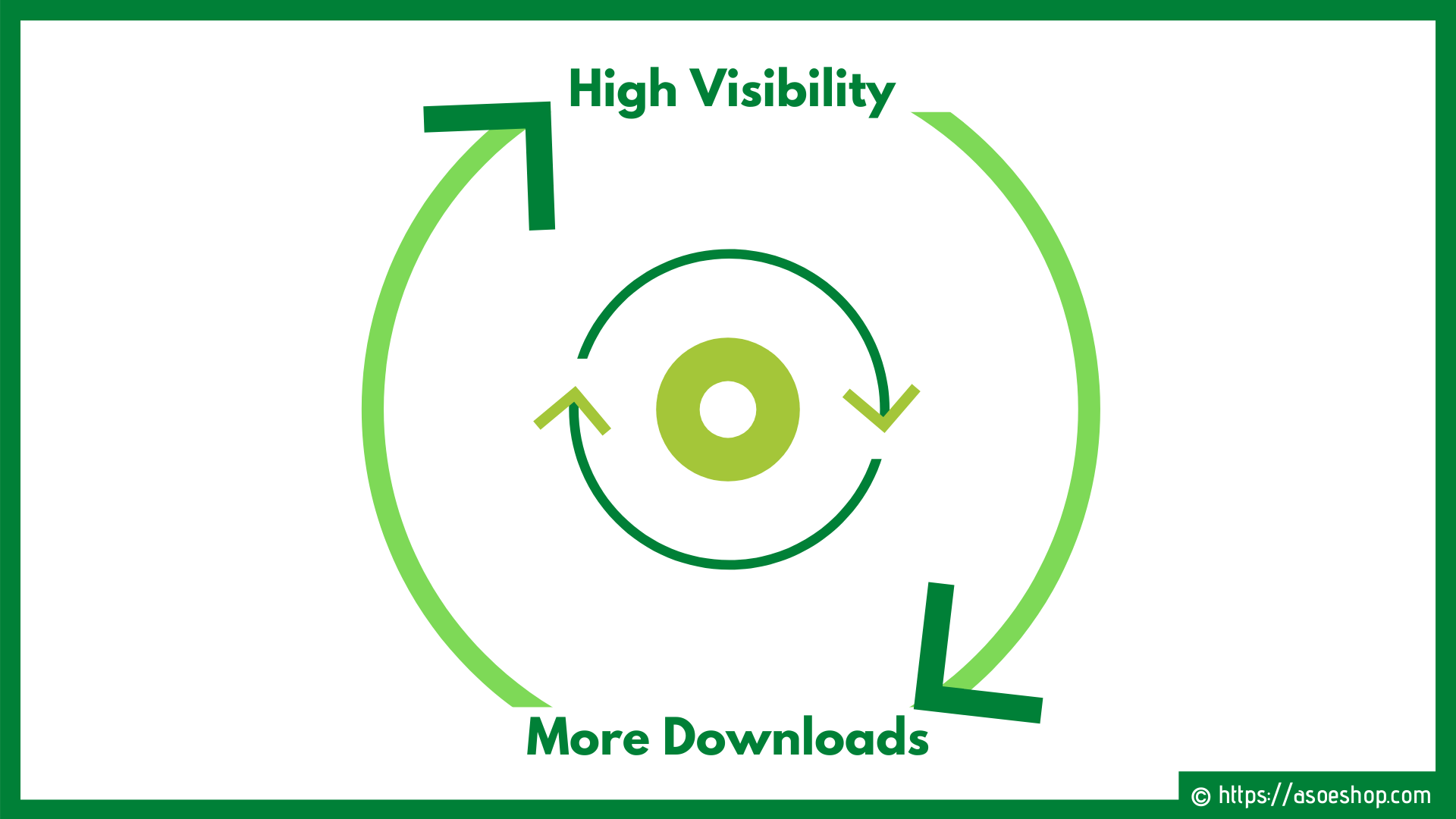 Why is ASO important?

ASO helps your app to rank higher on all app store's search results. Whenever a user is looking for an app he searches for that word on the app store search bar and the result which is shown on the top he chooses to download that app.

In ASO relevant keywords play a vital role in app store search ranking. Always add keywords that are relevant to your app, adding in-relevant or wrong keywords is really harmful to your app. It is like not having your app rank at all. Users will not take interest or download your app if it is something else that they are looking for.

On both iOS App Store and Google Play Store has more than 5 million apps. You have to face very tough competition in terms of ranking or getting more traffic & downloads on your app. 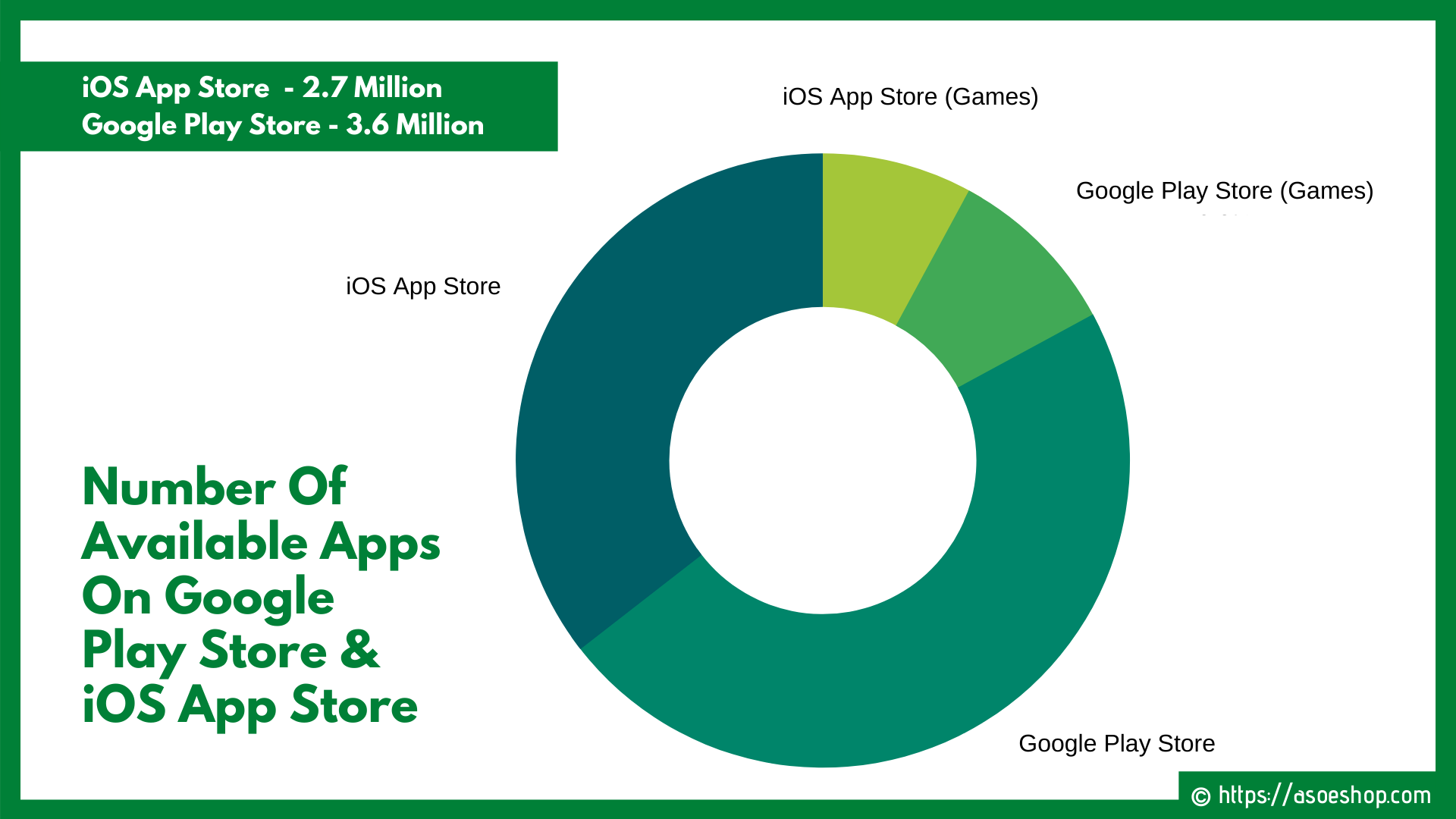 According to Apple reach engaged users at the exact moment they’re searching for your app:

70% App Store visitors who use search to find apps. 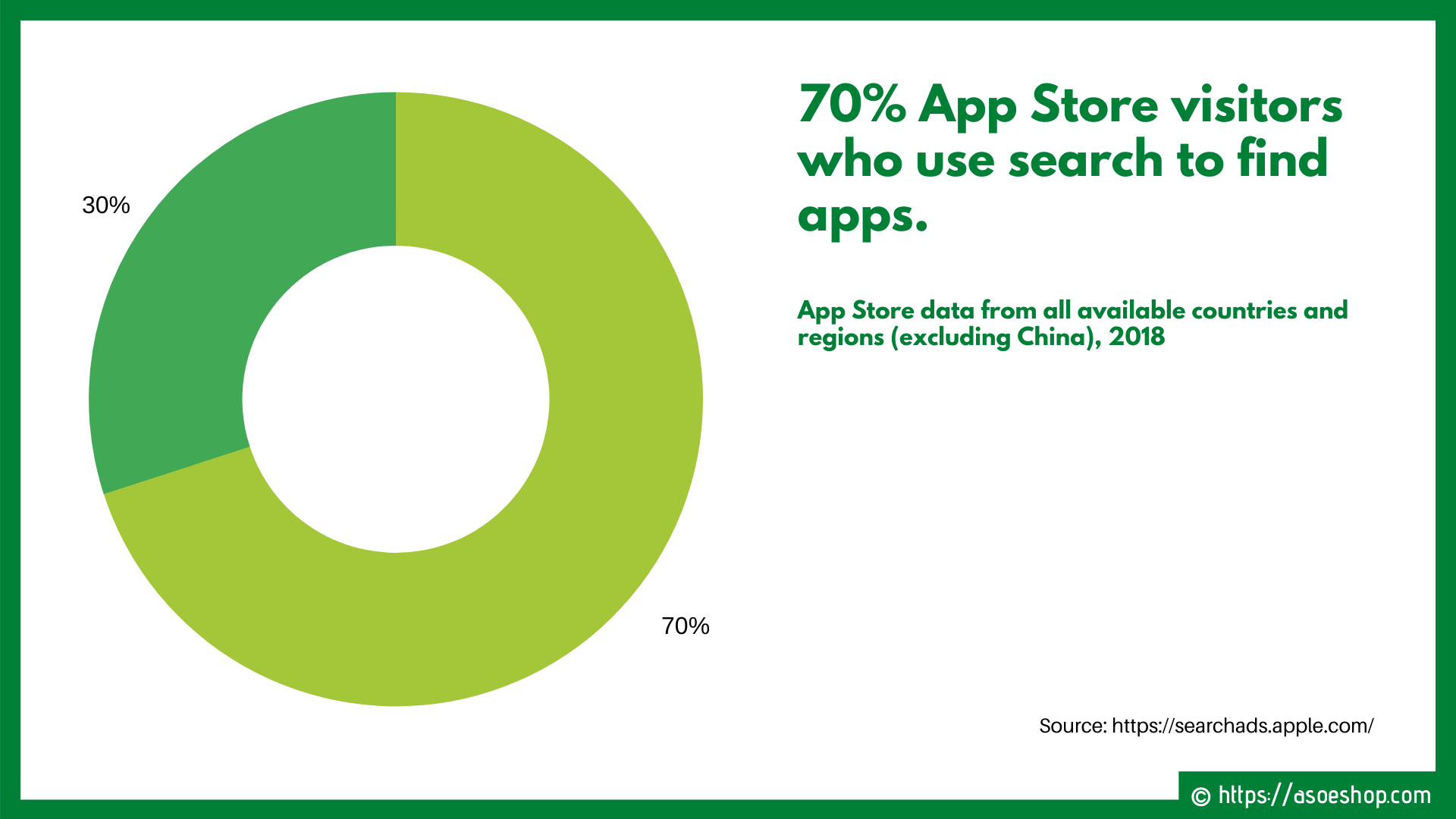 65% Downloads that occur directly after a search on the App Store. 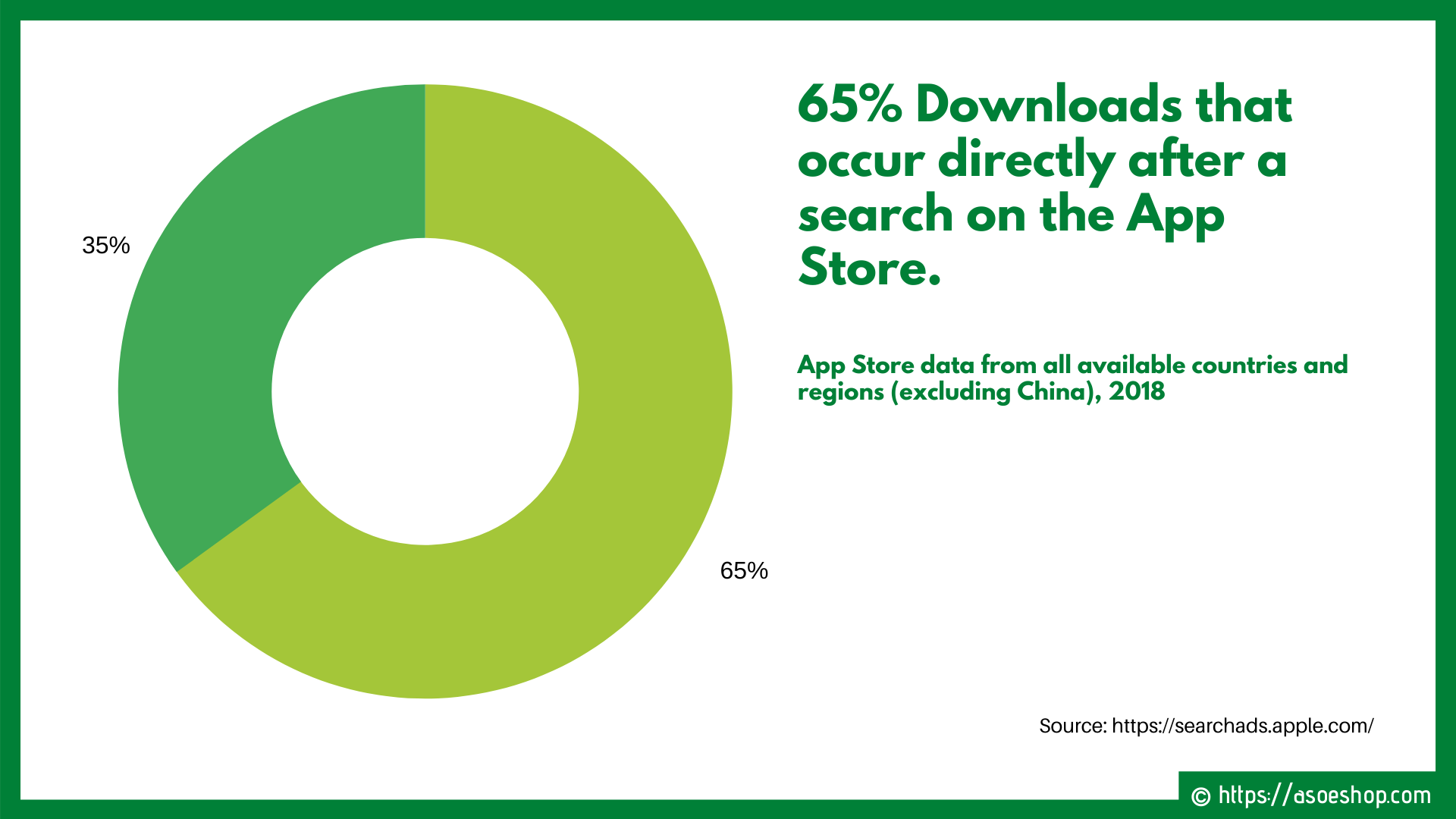 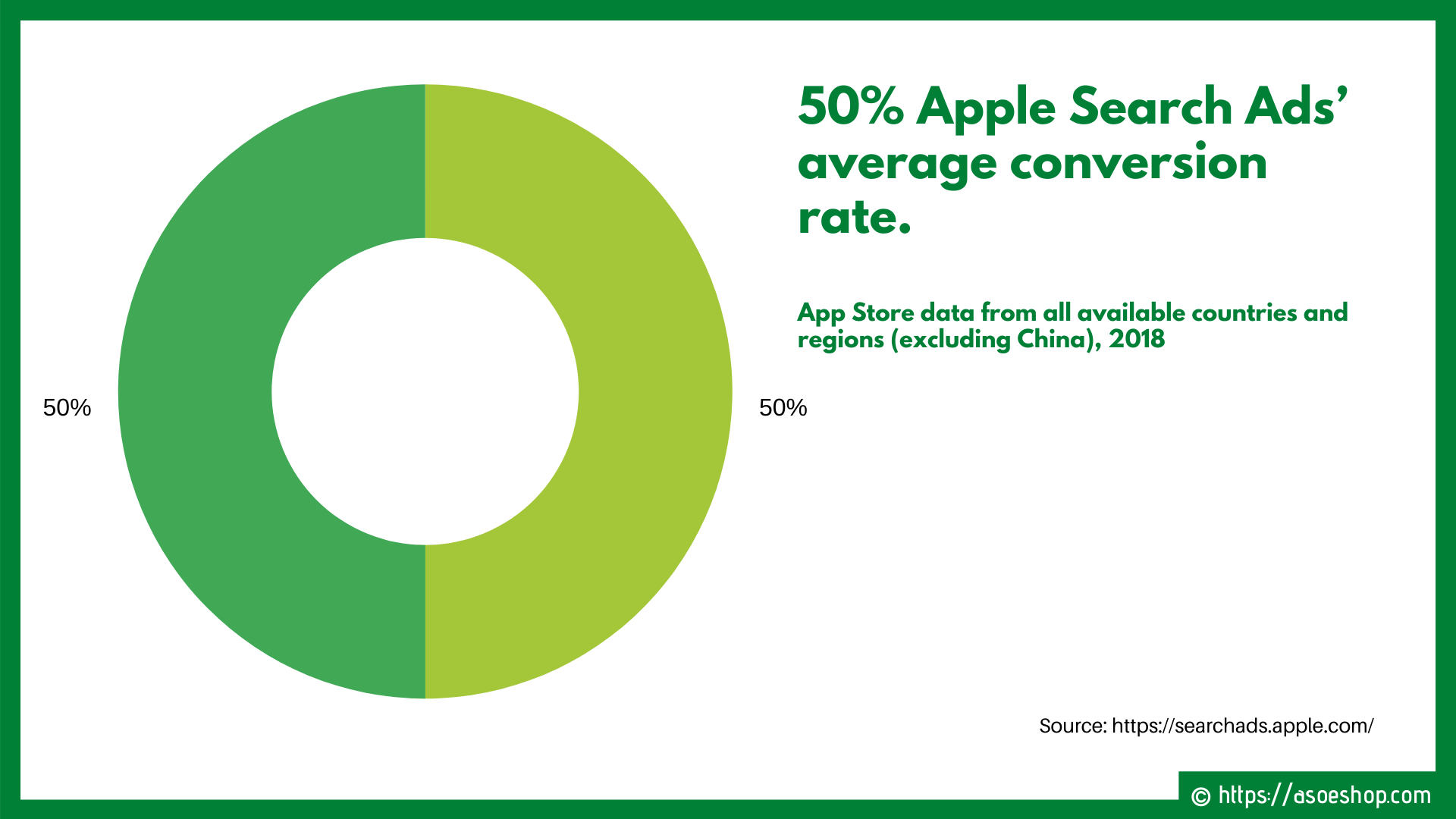 BONUS: Are you still struggling to optimize (ASO) your app listing in Google Play Store (Android) or Apple App Store (iOS) so as to improve your conversion rate (CTR) or maybe installation rate. Don't worry, we will surely help you in App Store Optimization, just hire an ASO specialist from ASOeShop and must try these growth hacking proven ASO Services now.

App Reviews and Ratings play a very important role in organic app downloads/installs. More positive reviews and 5 star ratings will give your app visitors a positive mindset to download the app, it also increases the trust factors.

Tip: You can give a reminder on every new update after a user uses your app 5 minutes or so. You can create a pop-up CTA where you can give 3 options- 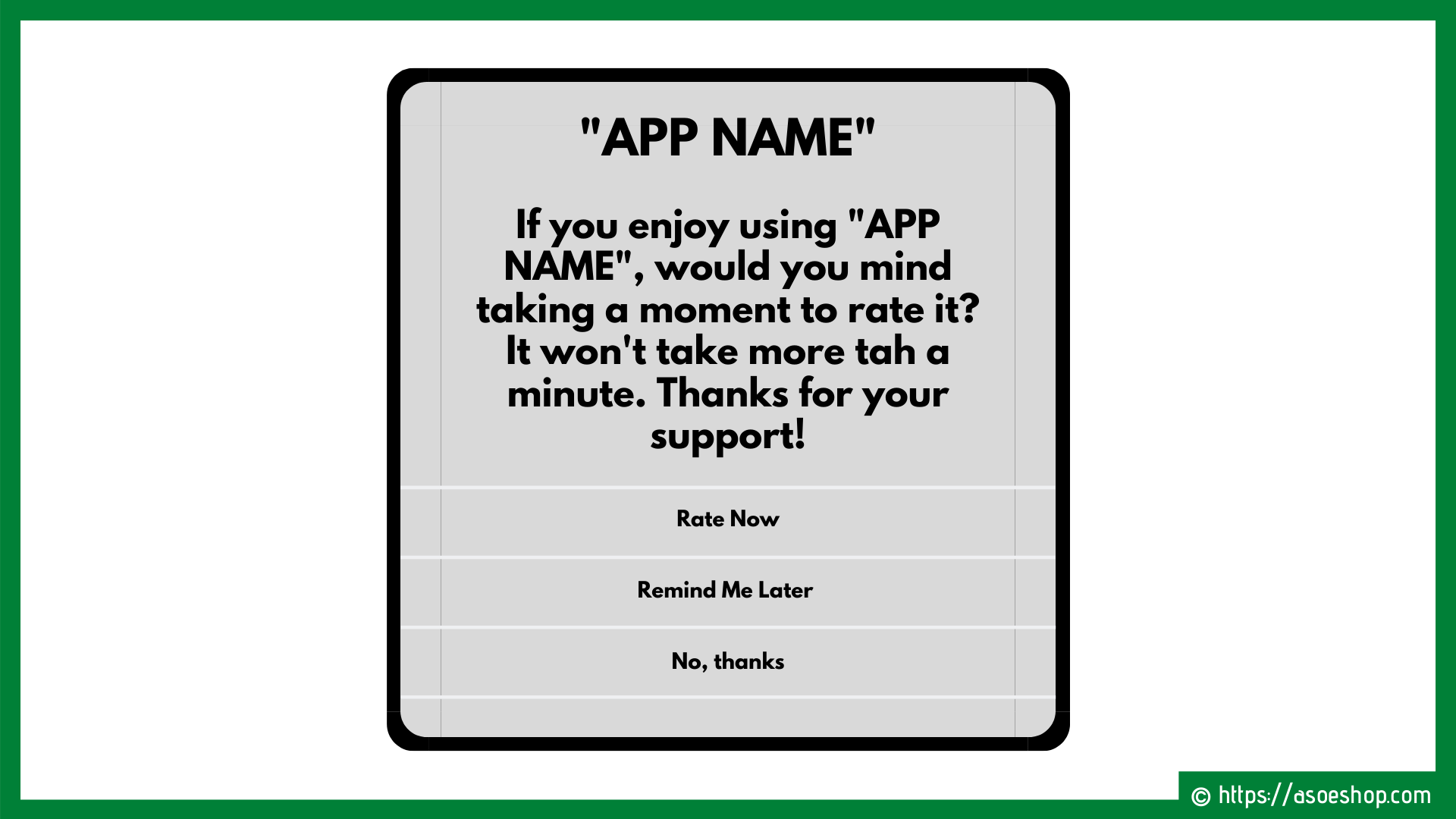 It will decrease the chances of uninstalling and increases the chance of getting reviews and ratings smartly.

Tip: This is the best time to ask your users to rate your app.

3. Is it really important to have Social Media Accounts for your App?

The total number of Worldwide Population? 👇

The total number of Worldwide Population is 7.6 billion. On the internet has more than 4.54 billion users, and around 3.725 billion active social media users. 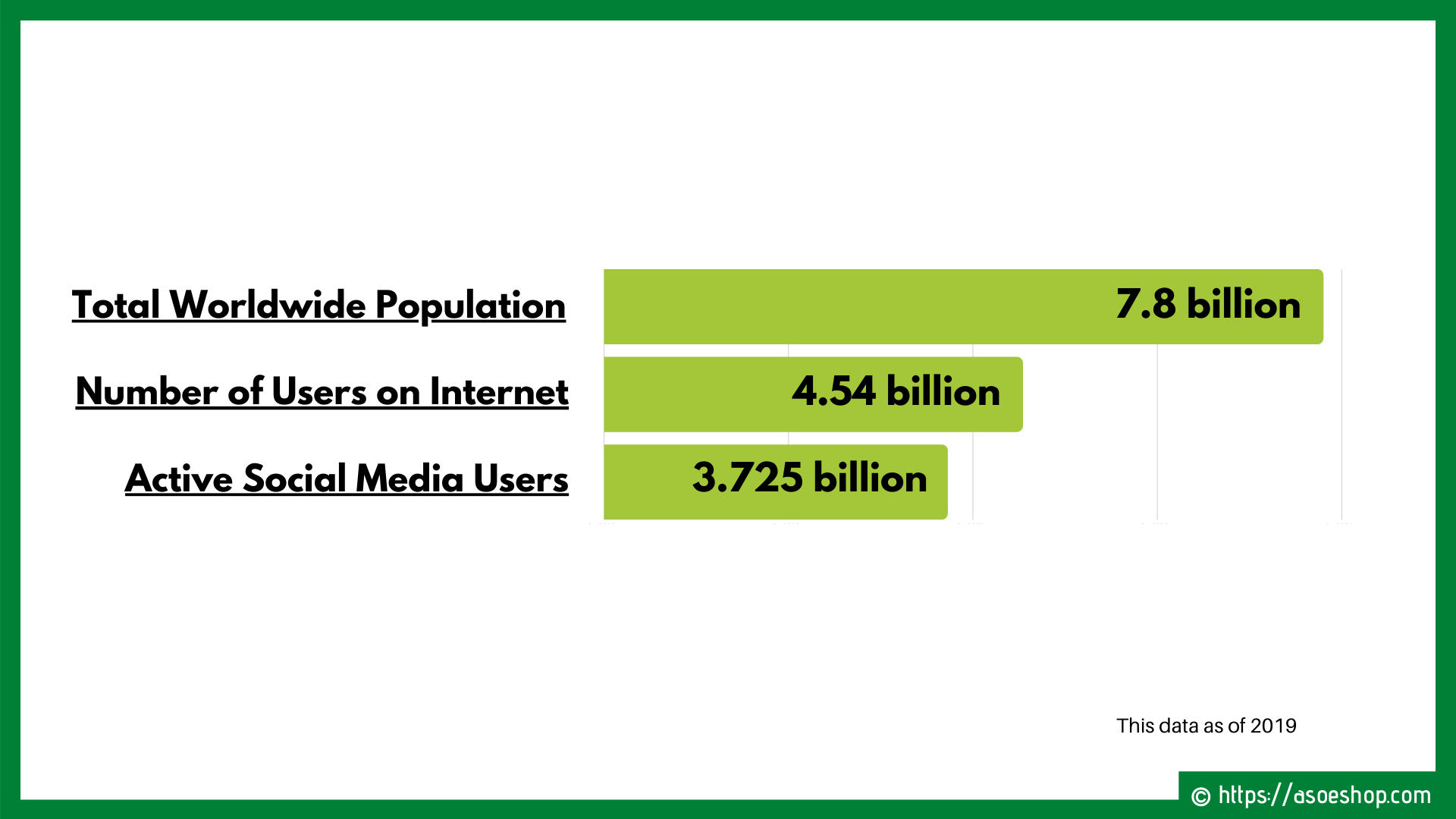 How many social media accounts one person have? 👇 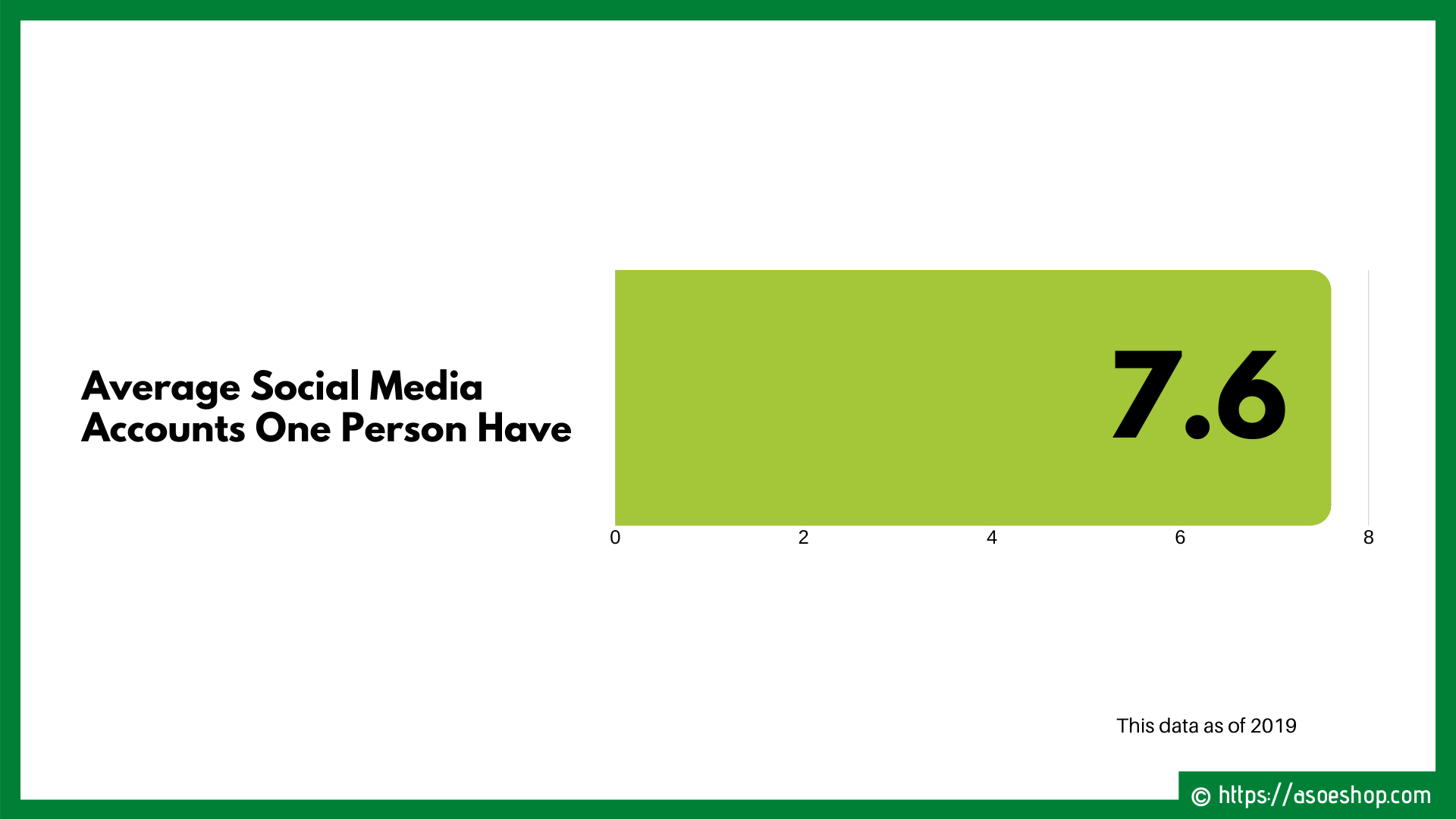 How much time does a person spend on a day on social media?👇

People spend an average time of 142 minutes on average daily on social media. 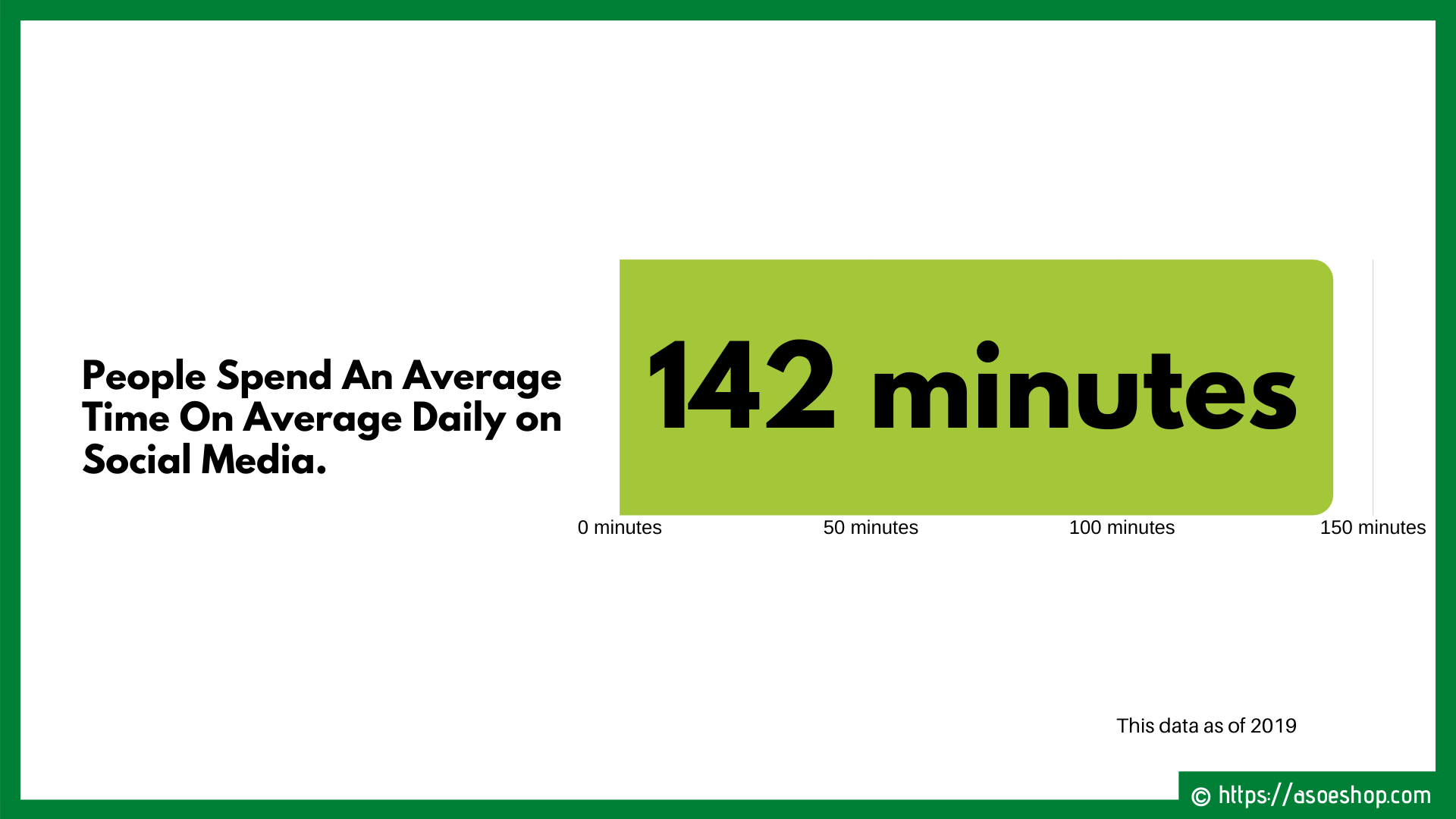 This data shows that social media is the biggest market to promote your app. You need to have social media accounts for your app which will increase the number of people who will talk about your app.

4. Ask people to share your app with their friends?

An effective way to get more traffic on your App is by 'Sharing'.

Another effective sharing strategy is to reward your users for their shares or invites.

You can offer a reward or some cash for sharing or inviting their friends for downloading your app. And you can also ask them to give a positive review and rating to your app. This strategy is a win-win for everyone, You (as an app owner) will get some downloads and the person who shares your app will get a reward for doing this.

5. Get the media attention about your app to get more organic installs.

Media attention is also a very good source to get more organic traffic and installs. There are so many ways to get media attention, one of them is Press Release.

Press Release: The entire purpose of a press release is to get noticed by the target audience and get coverage. Press Release can be written, an event, etc, the purpose behind this is communication and information. Press Release is announcing your app (it can be Business, Service or Product also) in a very newsworthy way possible. 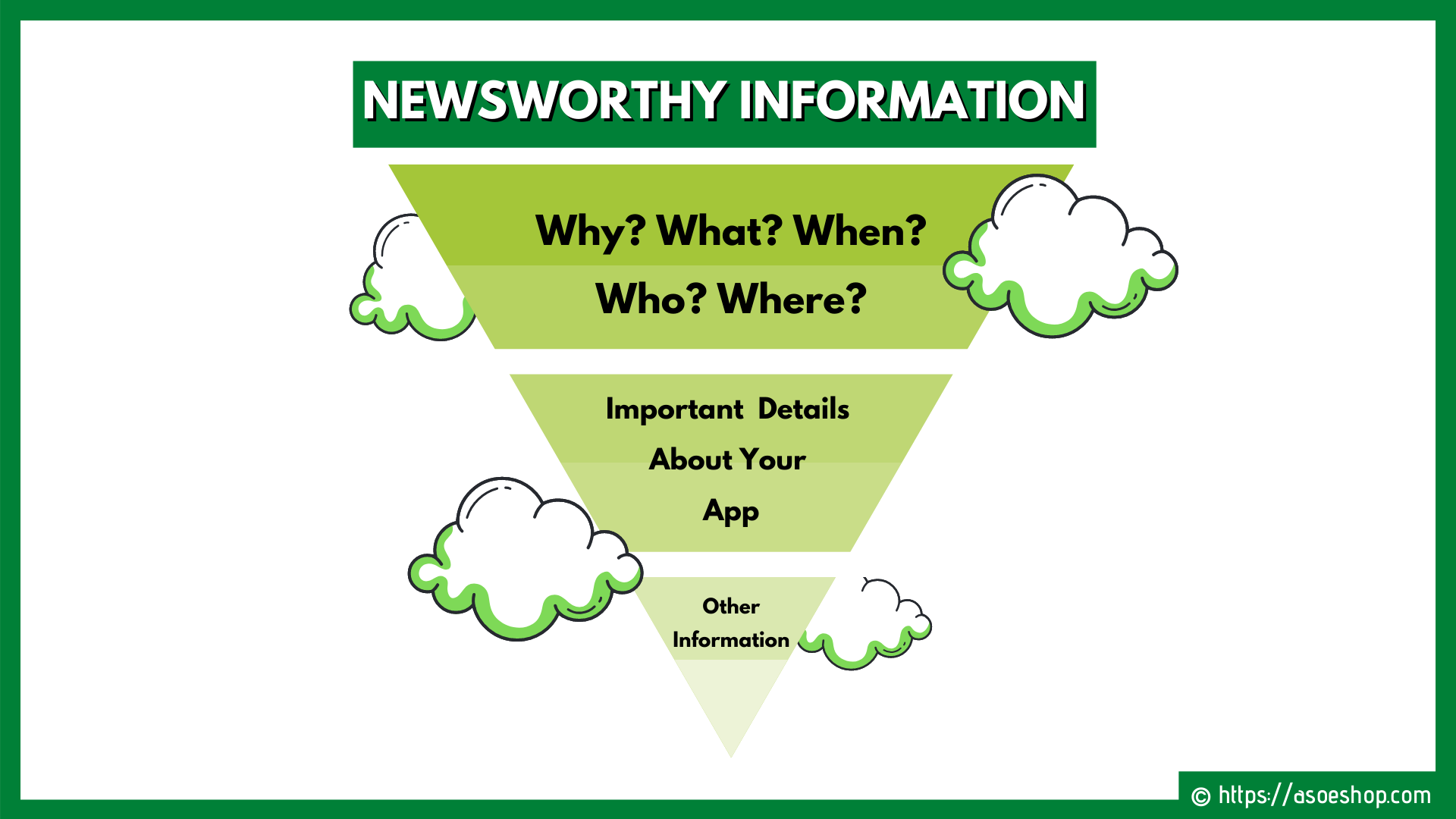 🕺 5 Ways to Get More Organic App Installs,  🙏 Thanks for reading this blog post..!

SignUp Now to Get FREE Access to our All in One Digital Marketing Platform!

We will continue to update Front; if you have any questions or suggestions, please contact us!

I create advanced website builders made exclusively for web developers.

As a Special Education teacher this resonates so well with me. Fighting with gen ed teachers to flatten for the students with learning disabilities. It also confirms some things for me in my writing.

Love it Dave! We're all about keeping it up.

Since our attention spans seem to be shrinking by the day — keeping it simple is more important than ever.

Stay in the know

Get special offers and the latest news updates from ASOeShop™.

Get free access to our 5+ connected SaaS based automated self-serve platforms for digital marketing services such as ASO, SEO, SMM ...etc under one roof of "TheSmartWare".